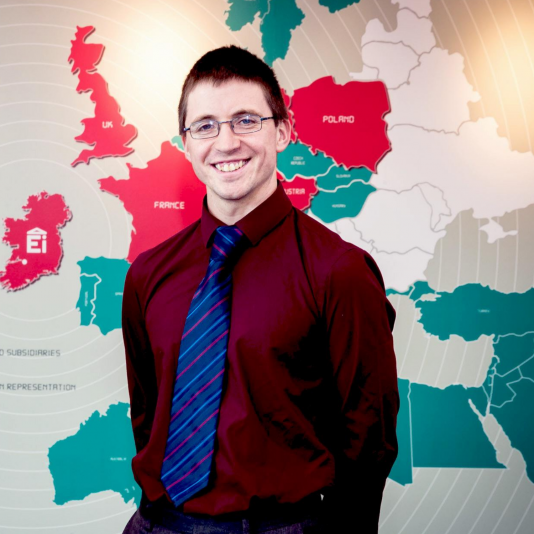 Dr. David Richardson, based at the Company’s Headquarters in Shannon has been appointed to a key role at the UK based Trade Association COgDEM; the Council of Gas Detection and Environmental Monitoring.

Ei Electronics is pleased to announce that Dr. David Richardson, based at the Company’s Headquarters in Shannon has been appointed to a key role at the UK based Trade Association COgDEM; the Council of Gas Detection and Environmental Monitoring.

Dating back to 1974, COgDEM represents over 60 Companies which account for 90% of the UK’s domestic and industrial detection, CO gas alarm, emissions analysis and portable environmental monitoring markets.  Ei Electronics and its UK subsidiary Aico have been active members for many years. David will succeed Dr. Mike Bryne in the role of Chairman of the Sub-Group. Dr. Byrne is a Founder Director of Ei Electronics.

Commenting on the appointment, David said,

“It’s an honour to be appointed to the role of Chairman of the CO Sub-Group. Mike has shown great leadership over the past number of years so has set a very high standard for me to follow. The Group is extremely active in the area of CO awareness and I am looking forward to this new and exciting challenge.”

The CO Sub-Group is open to manufacturers of domestic CO detectors and equipment used to test for combustion gas and/or CO safety in domestic environments.  Members meet four times a year.  Much of the focus revolves around developing policy and standards to increase awareness and public safety for CO poisoning. CO continues to affect thousands of individuals in domestic environments, resulting in many needless deaths each year.

“I’m sure David’s comparative youth and enthusiasm will make him an excellent Chairman, and he will cope well  with the future challenges. COgDEM has a number of new issues one of which is the hydrogen economy including the  addition of hydrogen to the normal natural gas supply; this may  have implications for CO Alarms and in future CO & H2 Alarms, flue gas analysers and have safety implications.”

COgDEM also represents its members at UK and European Parliament levels, working with All Party Groups and MEPs. The Association is seen as a non-commercial advisor on CO alarms, standards, regulations, awareness and safely promotion, and has been successful in promoting awareness and safety within the UK and Europe.